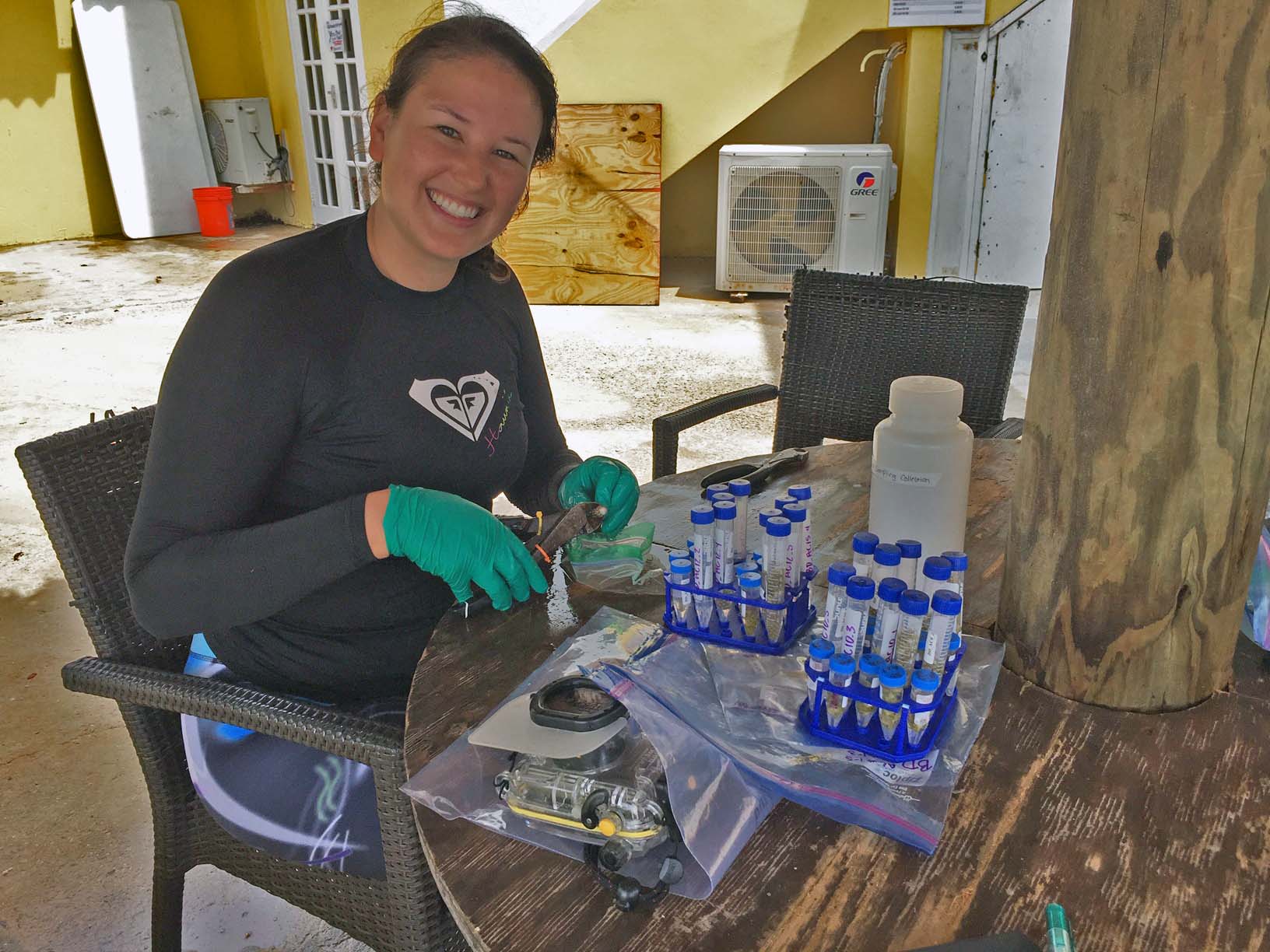 Since the 1980’s, Caribbean coral reefs have declined due to a variety of stressors including coral disease, nutrient pollution, overfishing, hurricanes, and warming temperatures. If corals are unable to keep pace with the changing climate, many reefs are predicted to disappear within the next few decades. In addition to reducing sources of stress and enhancing coral populations through restoration, strategies to increase coral stress tolerance and resilience have become a recent focus within coral conservation research.

Corals have demonstrated an “environmental memory” where prior experience of a stressful condition can increase a coral’s tolerance of a later stress exposure (also called “coral stress hardening”). While coral stress hardening may be a useful strategy to help prepare corals to face stressful environmental conditions, there are still many unknowns about coral environmental memory, including what controls it. It is likely that epigenetic modifications play an important role.

Epigenetics refers to changes in the function of genes, such as turning a certain gene “on” and another “off”, without changes to the DNA sequence. For example, epigenetic modifications are responsible for maintaining the difference between your skin cell and your brain cell. Both cells contain the same DNA, but each cell is using a different set of genes to perform different functions. Epigenetic modifications are also influenced by the environment and help organisms respond to different environmental conditions.

Over the past year, Dr. Jose Eirin-Lopez’s Environmental Epigenetics Lab (EELab) at Florida International University and Reef Renewal Foundation Bonaire (RRFB) have collaborated to complete the first phase of a two-part project focused on exploring coral environmental memory and the role of epigenetic mechanisms in coral responses to environmental stress.

Phase one of the project was conducted on four of RRFB’s coral nurseries on Bonaire, Caribbean Netherlands with hundreds of staghorn and elkhorn coral fragments (Acropora cervicornis and Acropora palmata, respectively). The four coral nursery sites were selected to cover a range of environmental conditions on Bonaire, including varying distances from potential sources pollution or runoff. The project continued over one full year to monitor coral performance, epigenetic modifications, and environmental conditions through seasonal changes on Bonaire.

Even through the challenges of COVID-19 lockdowns and travel restrictions, the research team was able to collect all of the samples required for this first phase of the project. Samples are currently being analyzed to assess relationships between coral performance, genotype, epigenetic modifications, and environmental conditions.

In addition to further describing the role of epigenetic modification in coral responses to environmental stress, results from this project will also provide baseline data critical for the second phase of the study planned for 2021 that will explore coral environmental memory within coral restoration. The overall aim of this project is to support coral conservation and help improve coral restoration success by identifying factors influencing coral performance and stress tolerance.